The Toronto Blue Jays had already put millions of dollars and thousands of hours back into their core communities – but without a central organizing idea, there was no focus or accrued equity. No idea = No Movement. We discovered that for the public, seeing the ‘after’ picture (ie- the smiling child holding a baseball bat) without having seen any indication of the ‘before’ situation lacked meaning. What interests people is the change – the difference the Blue Jays have made. Throw in a bit of clever word play, and the Change Up Pitch program was born. Less about creating new initiatives, the job was about reframing existing ones to give them context within a larger picture. That done, we could then create new levels of community involvement and new ways for the Jays (and parent-company Rogers) to leverage mutual value from that involvement. 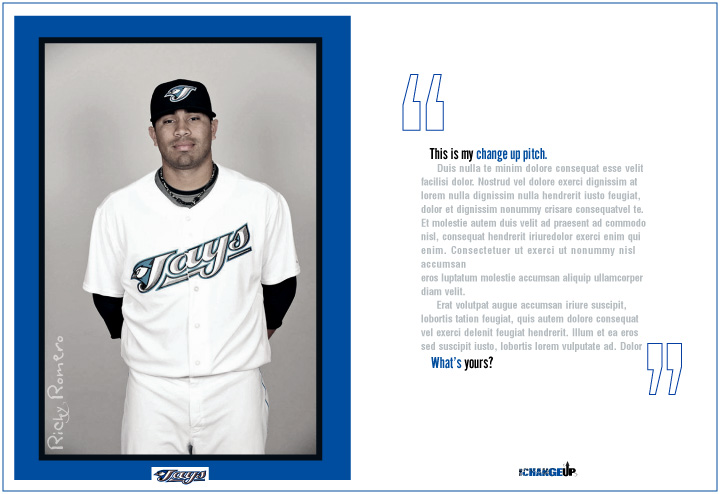 Step #1: Get the team involved, by using them to introduce the idea. 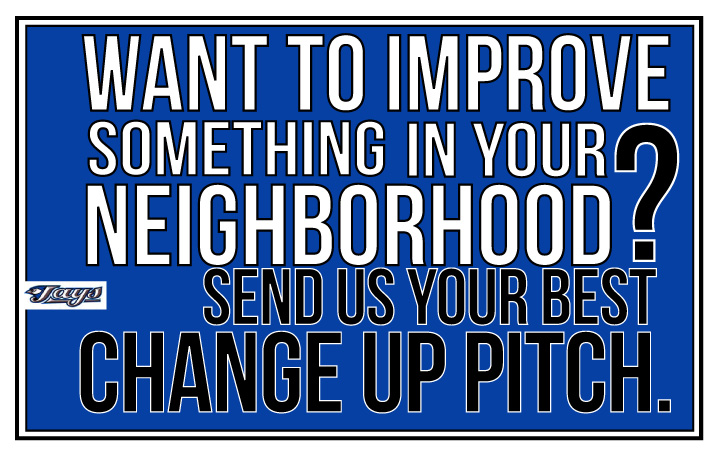 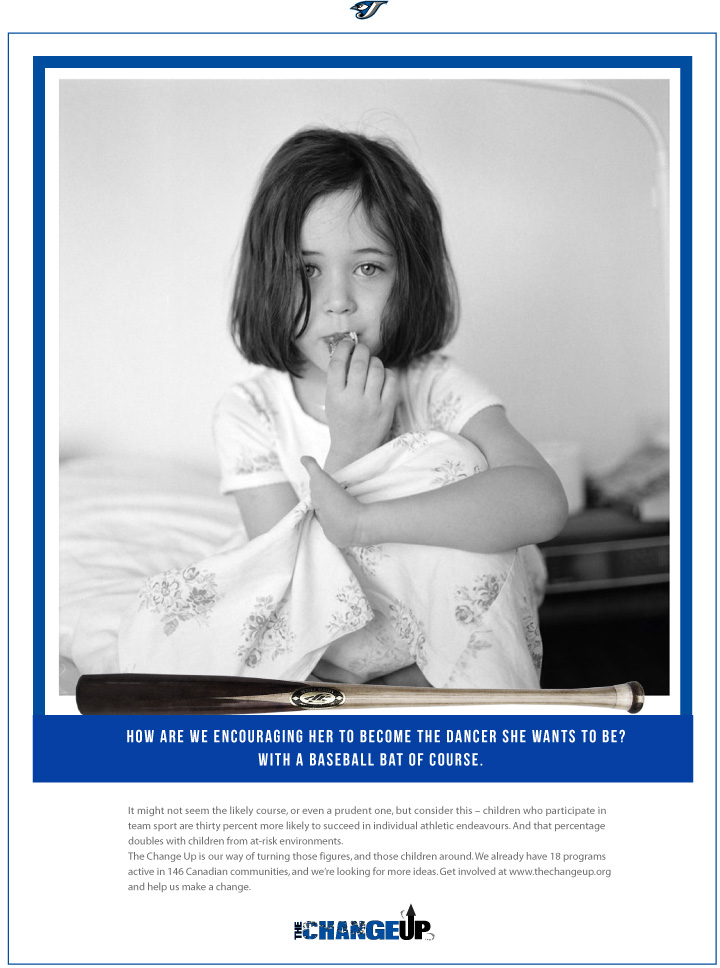 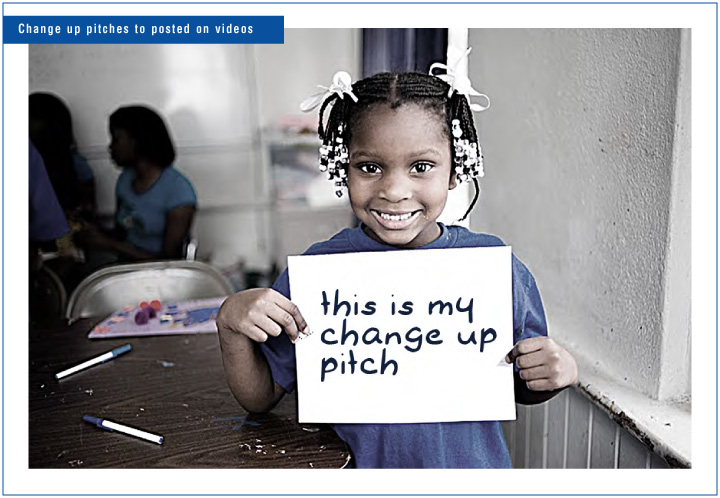 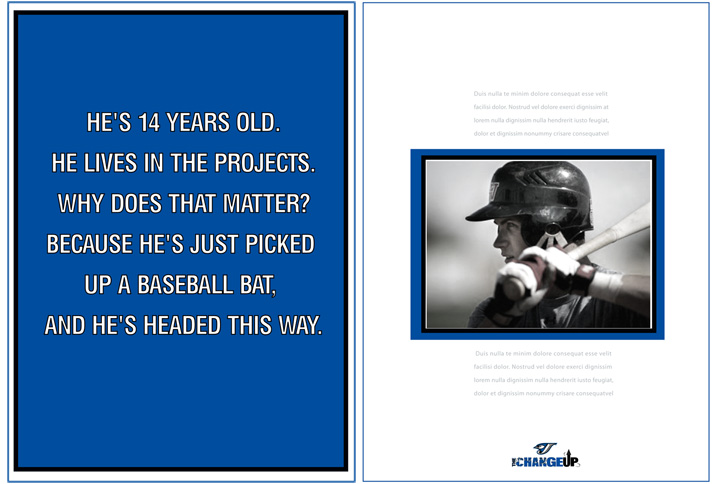 Step #4: Provoke the public into noticing. 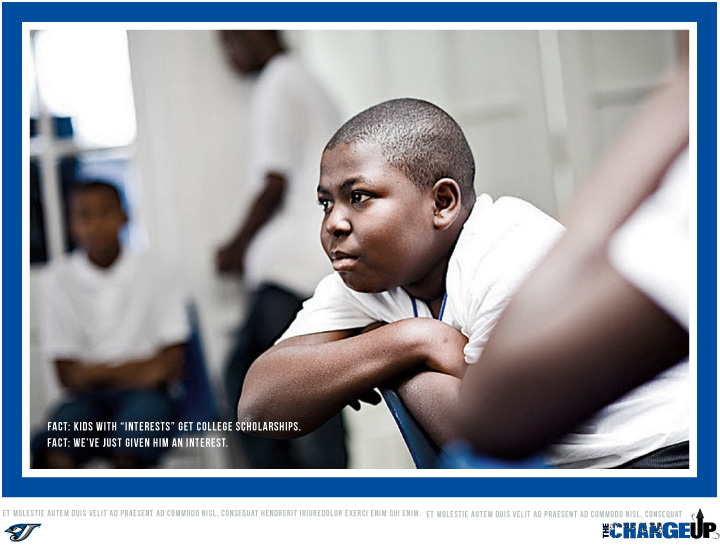 Step #5: Give everyone a reason to care.