Nineteen Wetsuits was a distinction without a difference, a fledgling company that needed to connect with its audience before it got crowded out of the triathlete market it had once led just by being “first in.” Exhaustive investigation led us to a simple discovery – the market entry-point for Nineteen was beginners, and beginners hated the swim because they were afraid of the water. So while competitors focused their attention on the high-end market with campaigns featuring stars of the sport, we set out to create a sense of calm for the neophytes based on the company’s research around flotation, currents, salinity and an intimate expertise around all things water. In other words, Nineteen Wetsuits would own the water, starting with a new theme-line based in part on this understanding of water, and demonstrating an empathy for the beginners’ unspoken fear: Don’t fight the water. Be the water. 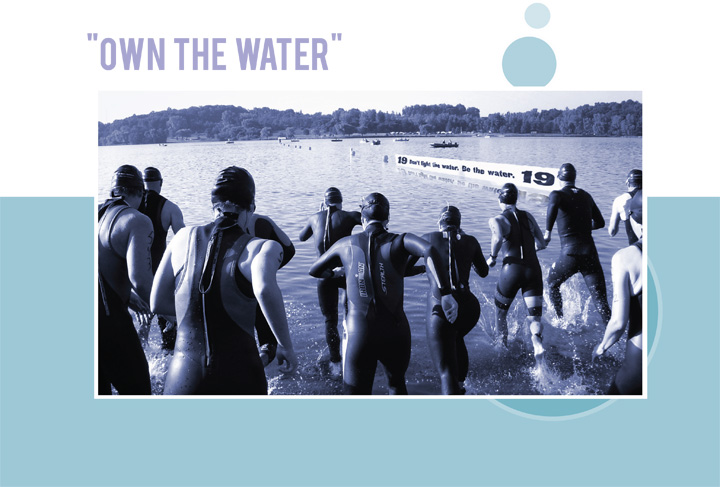 Starting out grassroots: Showing up is half the game. 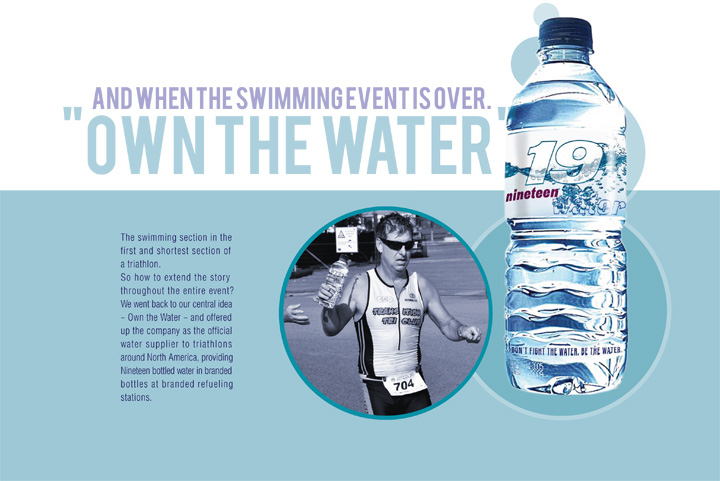 Heaping some love on the market, in a way they won't soon forget us for. 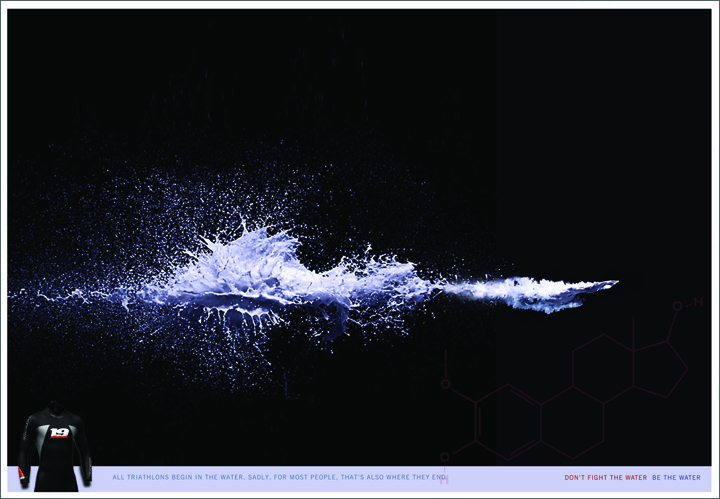 Ads are still a great way to help consumers visualize their best selves. 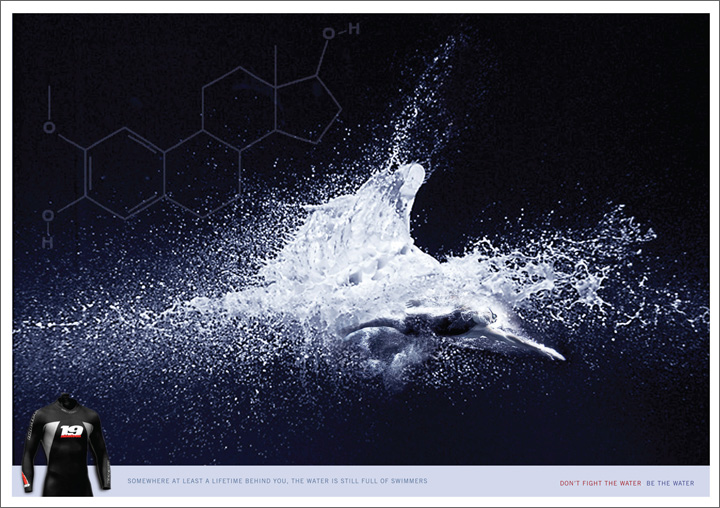 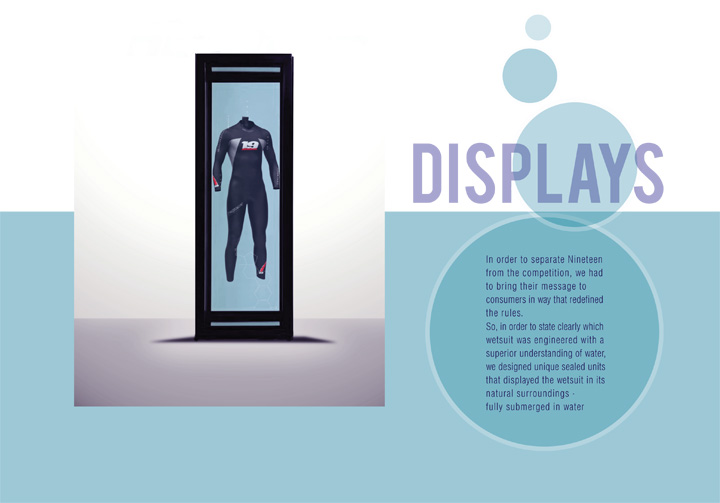 Not just getting noticed at retail, but making a relevant impression.